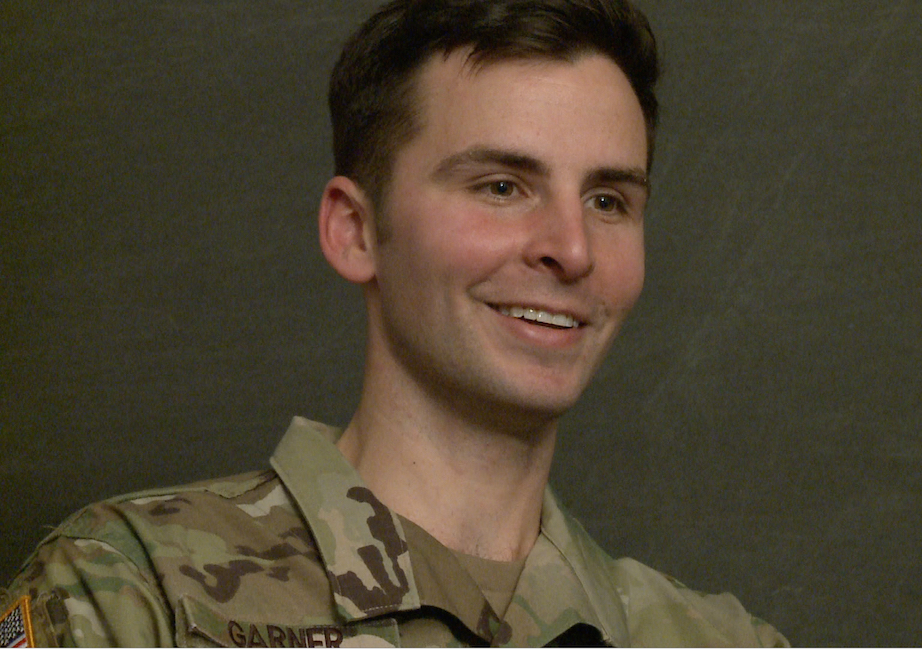 Christian Garner
CPT Christian Garner always loved to read history, but it was a road trip with his Grandpa to West Point that convinced him that the Military Academy was the right school for him. He applied for early action, and was accepted. During Beast Barracks, he learned about compassionate leadership as his company suffered through rain and illness at Lake Frederick. Unsure of what he wanted to do in the military, he selected Military Intelligence and Fort Hood. On his first deployment to Iraq, near Nasiriyah with 2-12 Cavalry, he ended up commanding a maneuver platoon due to personnel shortages and a large battlespace that required coverage. During his first deployment, his platoon was attached to the Forward Support Company (FSC), and he really did not get along with the FSC Executive Officer (XO), his future wife. A year later, he and his wife were back in Iraq, this time up north. She was in Mosul, and he was the Battalion S2 for 2-12 Cavalry in Kirkuk. During this deployment, he not only had to deal with the Kurdish invasion of Kirkuk, but also with the draw-down as American troops pulled out in 2011. Even though he and his wife were deployed together, sometimes it was difficult, knowing when each other was going on patrol and understanding the situation. After returning from Iraq, they attended the Career Course, and he was selected for graduate school with a follow-on assignment teaching history at West Point. In this interview, Christian Garner talks about his time at West Point, and his decision to branch Military Intelligence. He describes his two deployments to Iraq, highlighting his different assignments. He explores some of the challenges dual military couples face, and ends by providing a perspective on what West Point means to him, explaining that it was something he did not fully grasp as a Cadet.

William Williamson
Service With The Big Red One In Vietnam And The Old Guard In D.C.

Fu Han
“Be Humble And Do What You’re Told”: From The Taiwan Air Force To The United States Army