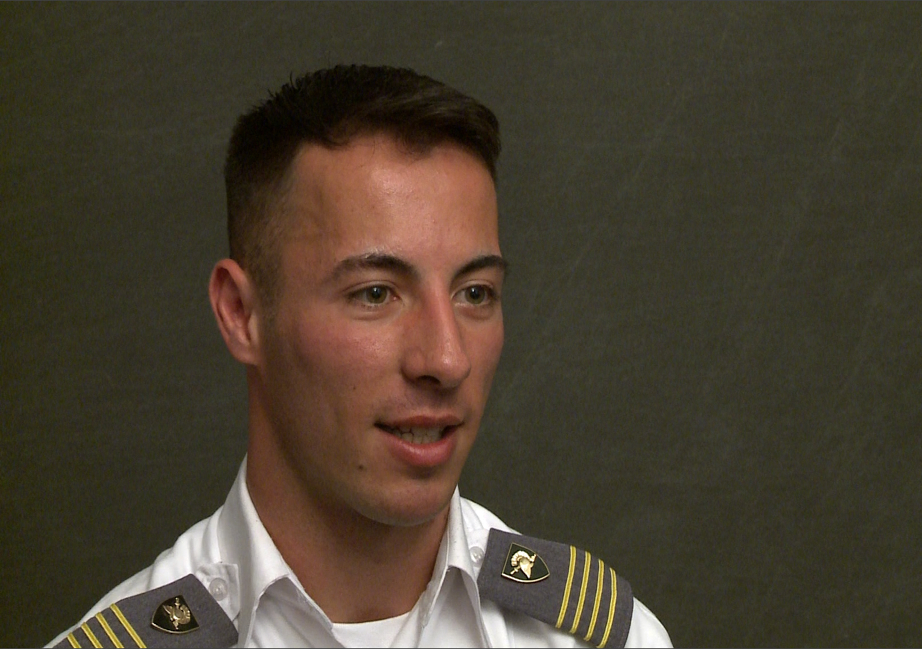 Douglas Sprowl
Cadet Douglas Sprowl was the 2015 Henry Ossian Flipper Memorial Award recipient. The Flipper Award recognizes a First-Class Cadet who has demonstrated the highest qualities of leadership, self-discipline and perseverance in the face of adversity. Doug Sprowl grew up in poverty and violence in Brazil with an abusive father who tried to kill himself and his children on several occasions. Doug's only escape was with an American missionary family who first rescued and then adopted Doug and his four siblings, saving them from a life on the streets in Brazil. Upon arriving in the United States, Doug immediately started learning English as he repeated his freshman year in High School in a new country, speaking a new language. By the time he graduated, Doug was the valedictorian of his class and sought entrance to the United States Military Academy. In order to meet West Point admissions standards, Doug had to take the SAT five times and the ACT three times. Doug had to fight for everything he's ever achieved, and he credits his success to the faith he found when he was rescued as a young man in Brazil.

Anthony Yeldell
“West Point Was Just A Dream For African Americans”: Life At The Academy In The Late 70s

John Laurito
“I Never Wanted To Cheat To Win”: Pressure, Honor, And Redemption

Vincent Viola
USMA Class of 1977: The Honor Scandal and Beyond

Gordon Livingston
“I Couldn’t Be A Soldier Any Longer And Live With Myself”: An 11th ACR Doctor In Vietnam

Scott Halstead
“The Honor Code Is Healthy, Fair, Effective”: An Assessment Of The Honor System At West Point

Andrew Lamb
“West Point Defines Who I Am”: Coming To Terms With The Honor Scandal

Xochitl Fernandez
Understanding The “Why”: Growing In Honorable Living Through The SLDP-H Program

Henry Guerra
Not A Punishment – An Opportunity: Honor Redemption Through The Army Mentorship Program

James “Maggie” Megellas
“Move To The Sound Of The Guns”: A World War II Paratrooper In The 82nd

Wendy (Snell) Yeldell
“I Can’t Give Up”: Breaking Barriers And Standing Up For Yourself