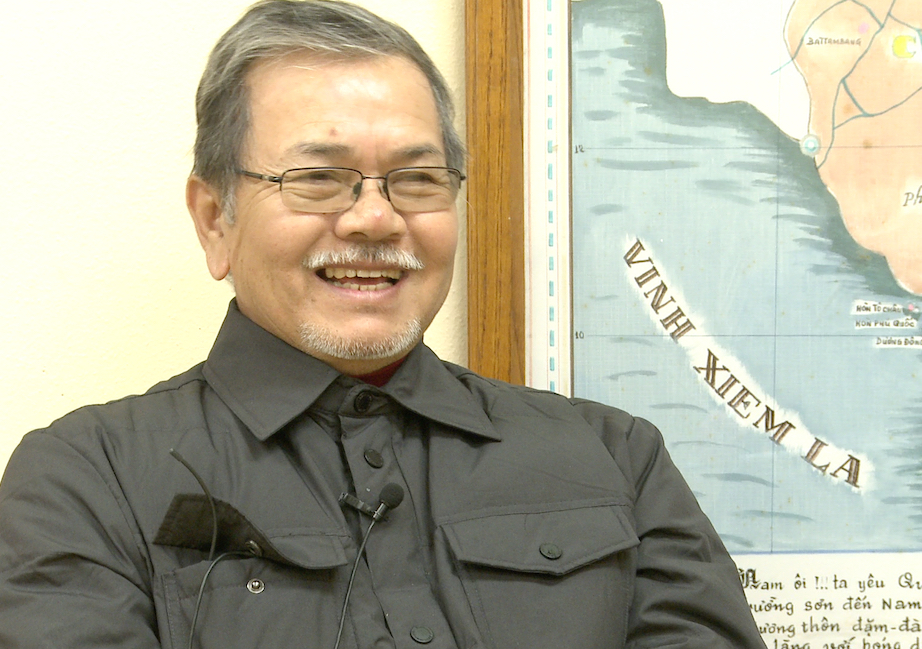 Tho Truong
Tho Truong was born in Vinh Long in southern Vietnam, south of the Mekong Delta. He grew up in a large family with four brothers and five sisters, and joined the Navy when he was nineteen. He qualified as an electrician, serving on ships going out to sea and escorting commercial ships up the Mekong River into Cambodia. His ship frequently took fire from both banks of the river. Once the Americans left, he noticed the reduction in supplies available for the Navy. When the Republic of Vietnam collapsed, his ship sailed out into the ocean, and he describes abandoned boats floating about as larger ships picked up the fleeing refugees. The boat he was on sailed for the Philippines, and there he changed ships, heading to a refugee camp in Guam. He then made his way to Hawaii, and finally to Ft. Indiantown Gap, Pennsylvania, where he met his wife. He eventually moved with her family down to Louisiana, where his father-in-law returned to his livelihood as a fisherman. In Louisiana, he worked at a shipyard, and rose through the ranks to eventually become a supervisor. In this interview, he focuses on his experiences as a refugee, highlighting some of the difficulties he encountered in communicating with his relatives who remained in Vietnam after the war. He describes sponsoring his brother-in-law to come to America, meeting his wife, and earning his citizenship. He recalls the sadness of being separated from his family, and the pain of being unable to see his mother before she died.