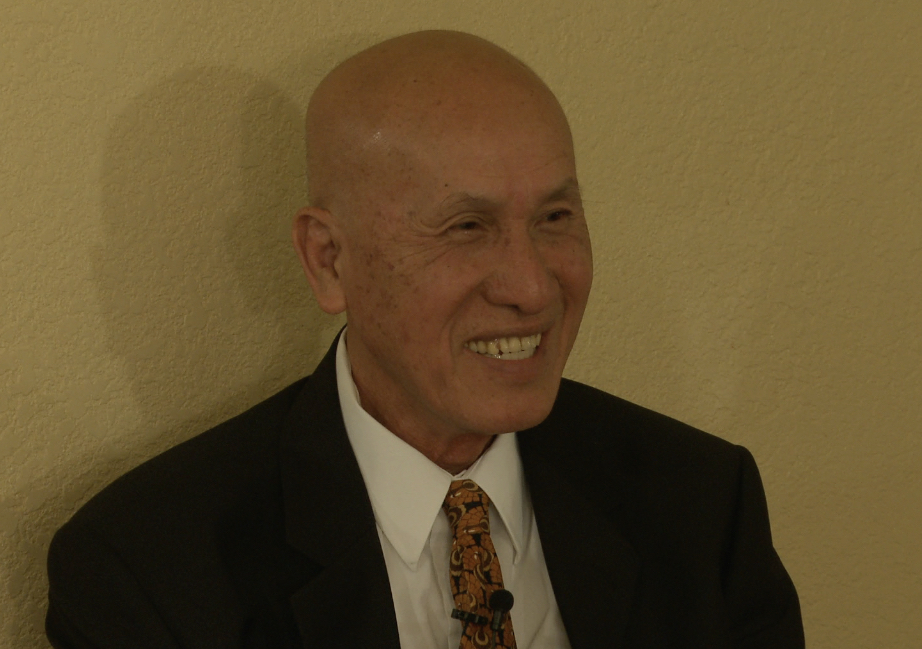 Dao Truc
Mr. Dao Truc served as a South Vietnamese Air Force pilot for the duration of the war. Early in the war, he came to America for language school in San Antonio, Texas, followed by pilot training in Pensacola, Florida. Upon his return to Vietnam, he flew A1 Skyraiders, and later the A37 Dragonfly. He flew predominately close air support and bombing missions for South Vietnamese forces. When the war ended, he spent 5 years and 3 months in a reeducation camp before being released. In 1990, he and his family left Vietnam and came to America, where he renewed his friendship with several of the American pilots he trained with. In this interview, he describes his training in the United States, the types of missions he flew, and the process of rescuing downed pilots. He expresses his frustration at the withdrawal of US support late in the war, contrasting it with the enduring American commitment to South Korea. Finally, he briefly discusses his treatment in the reeducation camp.

Uc V. Nguyen
Flying A Huey In The Vietnamese Air Force: A Battalion Commander In The 64th Helicopter Tactical Wing