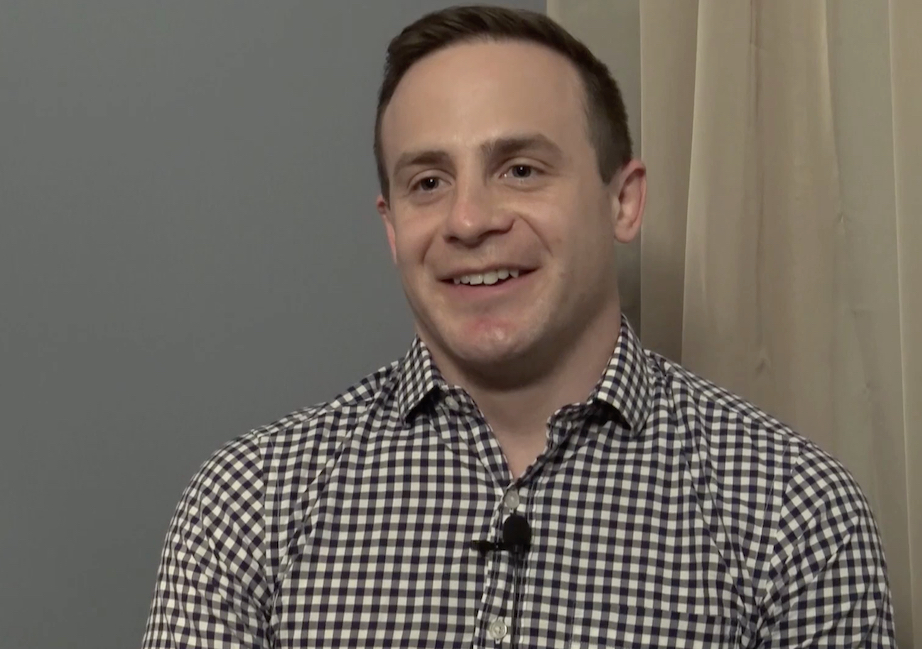 Dillon Deutsch
Major Dillon Deutsch grew up in a military family. His grandfather, Harry Van Trees, graduated from the United States Military Academy in 1952, and he had an uncle in the Air Force. When he was young, his grandfather took him to visit the Air Force Academy, and that, coupled with an airplane ride, became a formative experience in his life. He wrestled in high school, and local academy liaison officers from both Air Force and Navy became interested in having him attend their academy. He chose the Air Force Academy, and enjoyed his four years there (although he admits he might not have said so at the time). He wrestled during his first year, but left the team to focus on his grades. After graduation, he became a C-130 pilot, specializing in dropping troops and equipment. Although he likes carrying paratroopers, he admits it is scary because so many things can go wrong, and he is mindful of his human cargo. In this interview, he talks about his childhood, his family, and his decision to attend the Air Force Academy. He reflects on his time at the academy and the friends he made there, calling it a transition to adulthood. He recalls his best mission after Typhoon Haiyan (Super Typhoon Yolanda) hit the Philippines and his unit was deployed from Tokyo to the former Clark Air Force Base in November 2013. He flew USAID humanitarian supplies to Tacloban and evacuated those who were displaced by the disaster. He also describes dangerous missions he flew in Iraq and Afghanistan. Finally, he discusses what the Air Force Academy means to him.