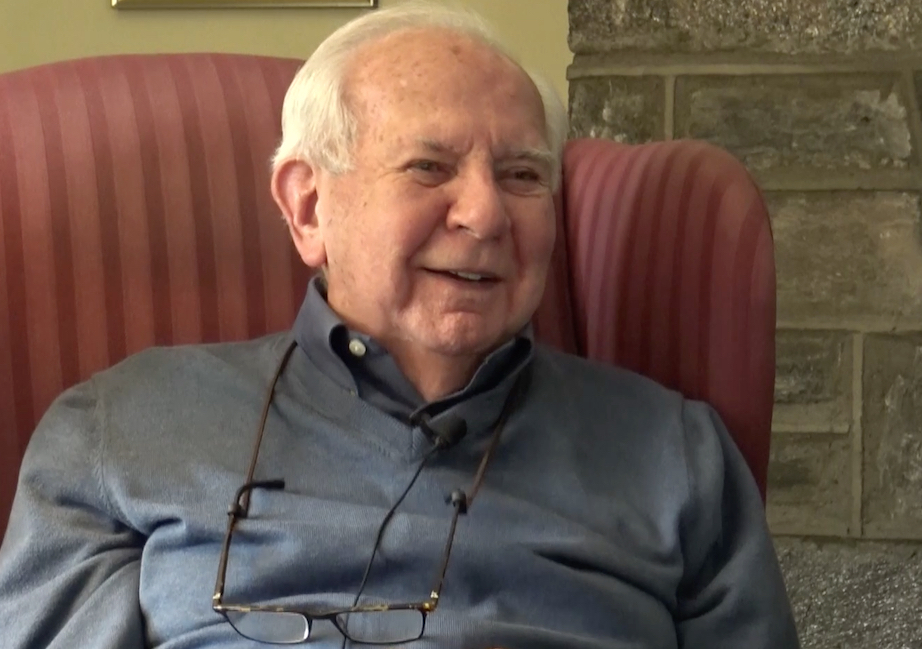 Louis D. Arata
Louis D. “Lou” Arata, was born on June 26, 1931, in Pleasantville, New Jersey, but spent the majority of his life in Philadelphia. Starting with his great grandfather, who earned his citizenship as an Italian immigrant by volunteering to serve in the Union Army during the Civil War, Lou has identified twenty-seven members of his extended family who have served the country. His uncle, Charles Carr, who earned a Silver Star during WWI and was gassed during the Aisne Marne campaign, served as an inspiration for Lou, as did his older brother John, who was a Navigator on a B-29 during WWII. Lou had been interested in airplanes from a young age, starting when he and his sister Marian took a ride in a Curtis Condor biplane. He also witnessed the Hindenburg flying over New Jersey a year before the airship exploded. Growing up, Lou always felt a sense of belonging in a large family with two brothers and four sisters. He attended several Catholic schools and had a positive experience with the nuns, who always were very interested in their students’ success. In 1950, the Korean War started, and Lou was determined to serve his country. He enlisted in the Air Force and departed for basic training on February 8, 1951. He reported to Sampson Air Force Base in Geneva, New York, and found the post, which had been a Navy Base during World War II, dirty and in need of cleaning and repairs. Lou was in the second class of trainees at the post, and the new Airmen discovered Uncle Sam had not even provided them with uniforms, mattresses, or even bedding. The recruits made do until supplies started coming in, but even then, they were forced to wear surplus OD Army uniforms instead of the new Air Force blue. After completing his training at a variety of bases, including Wichita Falls, Texas (Sheppard AFB), Sarasota, Florida (Bradenton Airport), Las Vegas, Nevada (Nellis AFB), and Rantoul, Illinois (Chanute AFB), he was assigned to the 3499th Mobile Training Squadron as an instructor on the KC-97 instrument and auto pilot systems. He then traveled from base to base with a mobile training team to teach courses to pilots and other crew transitioning to new equipment. This was during the height of the Cold War, and Strategic Air Command was part of the nuclear deterrence to Soviet aggression. When he left the Air Force in 1955, he returned to Philadelphia, and a girl he had been dating since Christmas of 1953. His sister Virginia had introduced him to her co-worker from the telephone company, Mary Costa. In September 1956, he and Mary were married, and Lou took a job at the telephone company, where he worked for another 33 years, eventually rising to a senior supervisory position. He and Mary settled down in Upper Darby outside of Philadelphia and raised five boys, Steve (USMA 79), Tom (USAFA 80), Bob (Drexel), Joe (Belmont Abbey College), and Mike (Penn State University). In this interview, he talks about his childhood, his love of aviation, and different influences that shaped his development. He describes in detail his experiences in Air Force basic training and traveling to different training locations, including adventures on troop trains. He reflects on his life with Mary and his five sons. Finally, he expresses what his service in the Air Force means to him, and passes on a message to his family.

Louis D. Arata
“The Air Force Gave Me Freedom To Excel”: An Instructor For Strategic Air Command And A Senior Supervisor At The Telephone Company