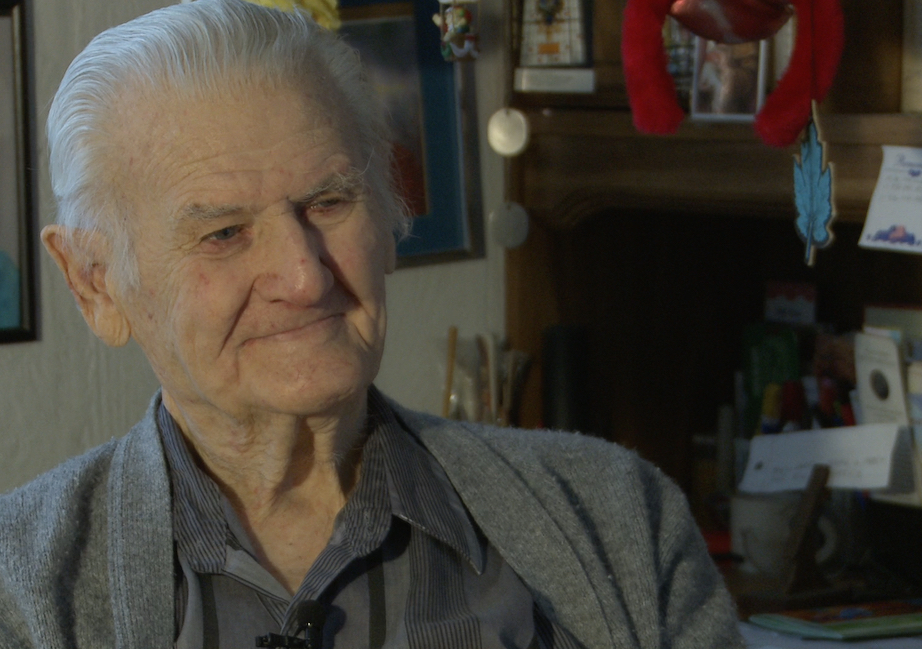 Louis DeAngelo
Lou DeAngelo grew up in Mount Vernon, New York with his sister and Italian immigrant parents. His mother was a homemaker, and his father was in the Mafia. As a young boy, he enjoyed playing baseball. He remembered the day Pearl Harbor was attacked, and the declaration of war against the Japanese, Germans, and Italians causing some consternation in his Italian-American community. When he was 17, he enlisted in the Marines after failing the physical for the Seabees. After training at Parris Island, Camp Lejeune, and Camp Pendleton, he deployed first to Pearl Harbor and then to Guadalcanal, where he completed his training for jungle warfare. He eventually fought on Okinawa before assuming duties in the occupation force in Japan. In this interview, he talks about his childhood, and his involvement with his father’s mafia activities. He describes his Marine Corps training and his deployment to the Pacific Theater. He discusses his experiences on Okinawa and in Japan, including dating the daughter of a Japanese Mayor. Finally, he reflects on his life after the service, and what his experience in the Marine Corps means to him.