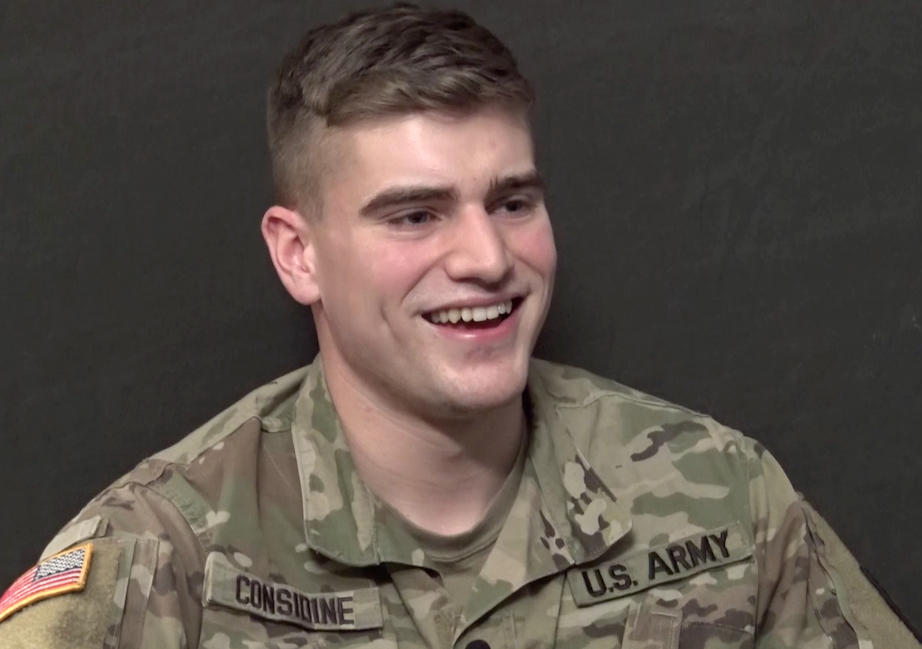 William Considine
William Considine was raised in Pryor, Oklahoma, the youngest of six siblings. His three older brothers all graduated from West Point, and his father was an Infantry Officer who received his commission through ROTC at the University of Arkansas. Growing up, William played football, basketball, track, and soccer, often on teams coached by his father, who was also a high school teacher. He followed his older brothers to West Point, continuing the family legacy, but remained for his own reasons. At the Academy, he plays on the club Team Handball team that has won a national championship, and he is the Assistant Cadet in Charge of the Native American Heritage Forum, which allows him to celebrate his Cherokee ancestry. In this interview, he talks about his childhood and his time so far at West Point. He describes academic struggles he had early in his Cadet career, and notes that the COVID-19 pandemic did not help his standing with the Dean. He reflects on how he experienced the pandemic in Oklahoma after returning from spring break in Europe, and the semester he spent living with his parents. He discusses contracting COVID-19 on Christmas Eve, and even though he had a mild case, he felt bad about passing it to his parents and sister; his father struggled with the illness. Finally, he reflects on what West Point means to him.