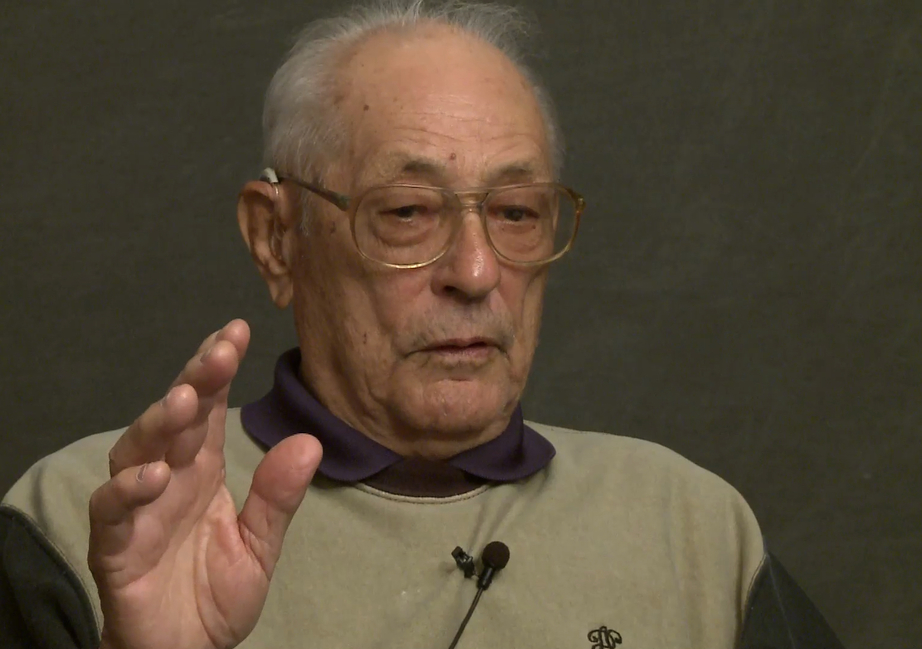 Elmer Rensi
Elmer Rensi was drafted in August, 1942, reporting for medical training at Camp Grant, Illinois, and then at Camp Barkley, Texas. Upon completing his training with the 34th Evac Hospital, Private Rensi deployed to England in preparation for landing in France. His unit landed on Utah Beach on D+17, June 23, 1944. Once in France, the 34th Evac Hospital stayed just behind the front lines as Allied forces advanced towards Germany. Private Rensi moved with the hospital through France, Luxembourg, and Germany before the war ended, and he returned to the United States. In this interview, Surgical Technician Elmer Rensi describes working in an Evac Hospital close to the front lines. He talks about the nurse who was his supervisor, and their duties triaging wounded Soldiers. He explains how he always provided high quality medical care to his patients, regardless of whether they were American or German. Finally, he provides a glimpse into the life of a Surgical Tech, as he tells the story of removing a hunk of shrapnel from a wounded soldier.