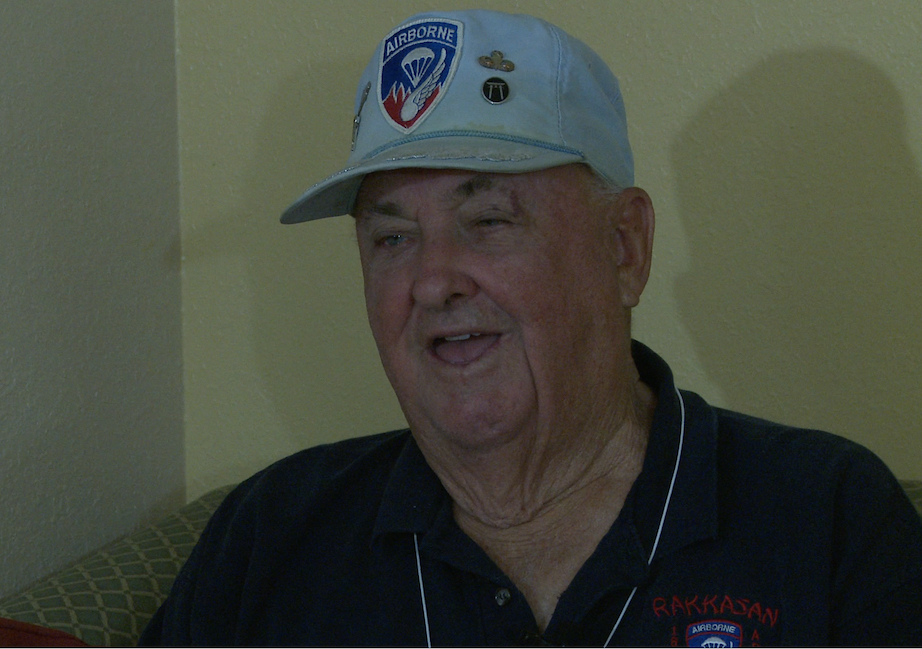 Millard Ball
Millard Ball joined the Army in 1946 and served 30 years, retiring as a Command Sergeant Major. During his time in the military, he served in Korea, Japan, Yugoslavia, Germany, Lebanon, Turkey, and South Vietnam. He made two combat jumps during the Korean War, and met his wife in Yugoslavia while serving on the American Military Assistance Staff. In Vietnam, he served as an S4 (Supply) NCO. Near the end of his career, he served as an advisor to National Guard units in Hawaii and Alabama. In this interview, he describes his service during the Korean War, including planning and execution of two combat jumps, watching Bob Hope perform in North Korea, and his service in the 1958 Lebanon crisis. After discussing his service in Vietnam, he compares his experiences in the Korean and Vietnam wars. Finally, he mentions his fifteen years of civil service following the end of his military career.