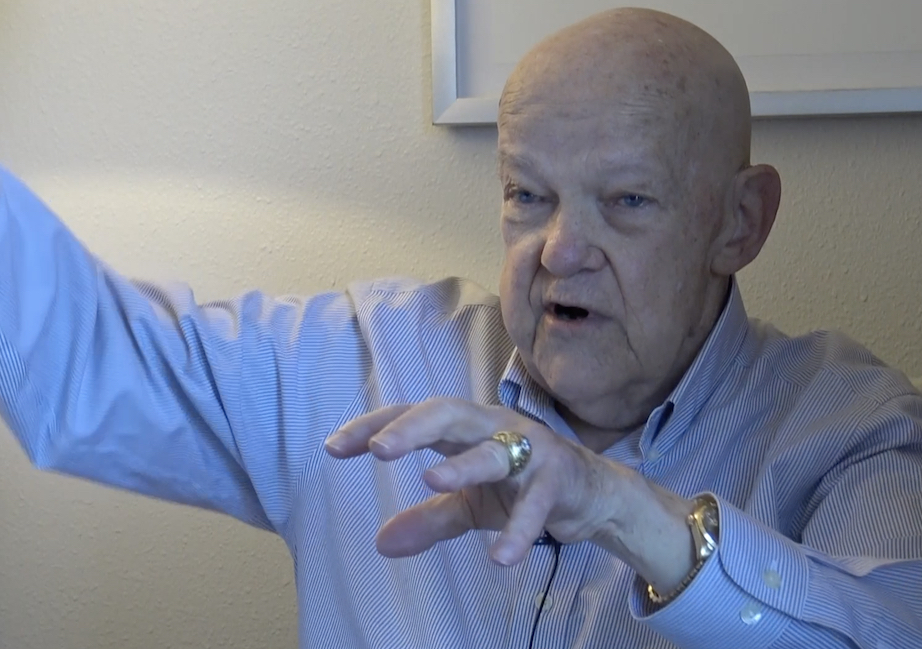 Albert Hokins
Al Hokins was raised in Clifton, New Jersey. His mother was a hairdresser, and his father was a possible bootlegger and merchant sea captain who had been torpedoed and bombed during WWII. The oldest child in the family, Al helped raise his sister and two younger brothers. He also was active in Scouting, earning his Eagle Scout and Gold Palm award. Al remembers visiting West Point near the end of WWII. When he arrived at the Academy for R-Day, he felt prepared for the “drop your bags” routine because his friends in the Class of ’60 had warned him. Since he was 17 years old when he began Beast Barracks, he had not registered for the draft, and he received his Selective Service notice while in Cadet Basic Training. Al enjoyed chemistry and tutoring his classmates, but he found Frank Borman’s Electrical Engineering class challenging. He joined 55 of his classmates in choosing to branch Air Force, partly inspired by Borman’s leadership. Initially, he trained on ICBMs and Atlas F missiles, remarking that missile school was very technical. The Cuban Missile Crisis was ongoing during his time at missile school, and the school ran 24-hour operations to get as many Officers through the class as quickly as possible. He recalls being on alert during the crisis from September to Thanksgiving 1962 with B-47s on the runway. He did not enjoy the times when he was assigned to the missile silos because the 24-hour shifts were stressful. He then became a Navigator on a B-52. He was assigned to the 322nd Bomb Squadron and later the 509th Bomb Squadron, flying bombing missions over Vietnam from a base in Guam. His bombing missions were every third day and lasted 12-13 hours in duration. 500 miles separated the first and last bombers as they headed to the target. During the war, he flew 53 bombing missions. In 1970, he was medically retired for kidney stones, but was able to return to active duty in 1974. From 1979 to 1983, he worked at the Pentagon in the Crisis Communications department and dealt with the Iran Hostage Crisis, the Falkland Islands conflict, and airplane hijackings. He describes the situation at the Pentagon during Operation Eagle Claw, the Iran Hostage rescue attempt. After retiring from the Air Force, he became a Drug Investigator for the State of Texas and busted a counterfeit cancer drug ring. Now, he gives back to his Alma Mater by helping West Point recruiting in Utah. At the end of the interview, he describes what his service and West Point mean to him.