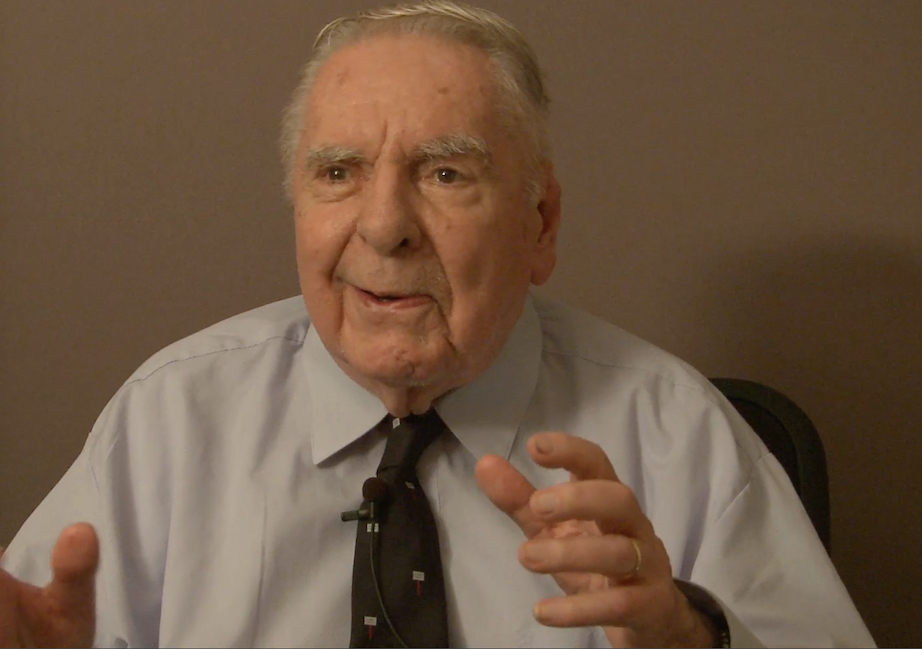 John Fahey
In this interview, CDR John Fahey discusses joining the Navy to provide for his mother and siblings. Despite severe motion sickness, he completed pilot training and received an assignment to fly airships. CDR Fahey describes flying dirigibles to search for U-boats off the Atlantic Seaboard during WWII. After the war, he continued to fly the airships and conducted the first landing of one on an aircraft carrier. While serving with the Military Liaison Mission, he witnessed the construction of the Berlin Wall, and offers his views about how he and his fellow officers perceived it. Later in his career, he served aboard one of the naval ships that responded to the Cuban Missile Crisis. He reflects on taking risks in reporting his insights into the crisis and providing recommendations to senior leaders, against the wishes of his naval superiors.