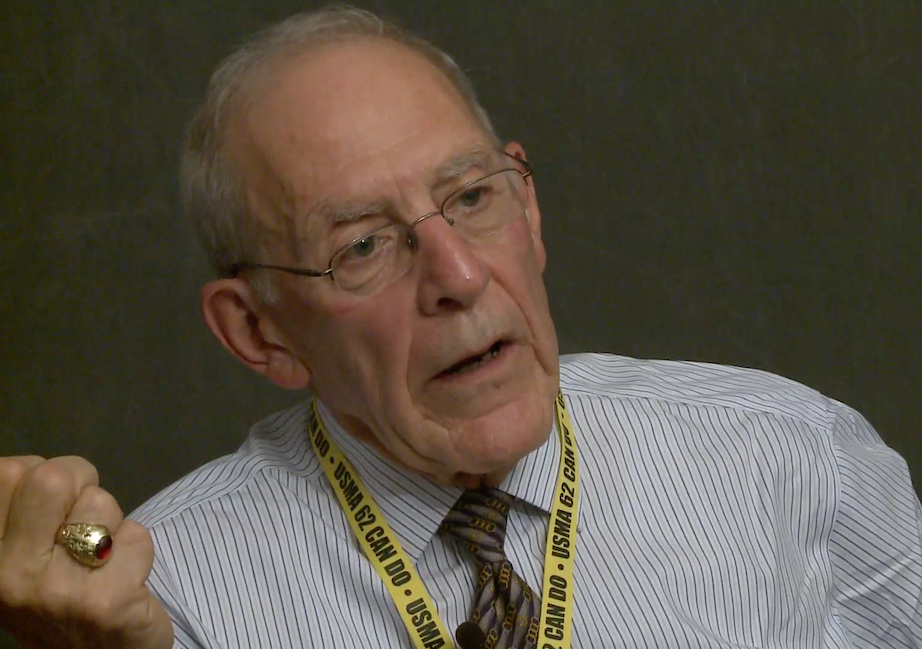 Donald A. DeSapri
Don DeSapri grew up in an Italian immigrant family in Cleveland, Ohio. His father was a plumber, and his mother raised the three children. As a boy, he played sandlot baseball and worked as a caddy while attending the Cathedral Latin School in Cleveland. He learned about West Point in his high school civics class, and entered the Academy with the Class of 1962. The year he graduated, President Kennedy was the commencement speaker. He branched Armor, and his first assignment was in the 2nd Battalion of the 70th Armored Regiment in the 24th Infantry Division in Germany. After serving a tour in Cold War Europe, he deployed to Vietnam in 1966 and served with the 519th Military Intelligence Battalion until June 1967, during a time of massive troop increases under the Johnson administration. After receiving his Master’s Degree, he returned to the Military Academy to teach in the English Department. While teaching, he worked with the Cadet Fine Arts Forum, and recalls the lecture program that brought Kurt Vonnegut to speak to the Cadets. His next assignment was at TRADOC (Training and Doctrine Command) Headquarters from 1973 to 1976, where he worked for General William DePuy and assisted with the drawdown, changing MOSs (Military Occupational Specialties), and shifting to VOLAR (the all-Volunteer Army). After a stint as an advisor to the Reserve Command in Ohio, from 1979 to 1980 he served on the Military Training Mission to Saudi Arabia, and was in the Middle East when Iranian students stormed the American Embassy and took hostages. Since leaving the military, he has been involved in the antiquing business. In this interview, he talks about his childhood, his West Point experiences, and his service in the Army. He describes being stationed in Cold War Germany, and deploying to Vietnam. He discusses teaching at West Point and working at TRADOC headquarters. At the end of the interview, he reflects on what West Point means to him.

John Harrington
From Rice Paddies To The Pentagon: A Multi-Faceted Career