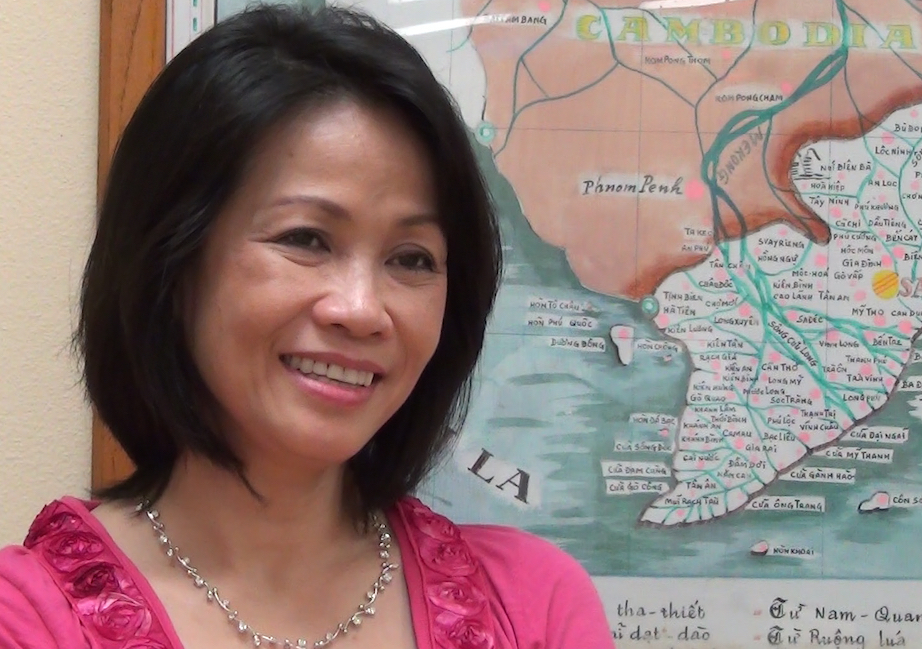 M.J. MacNguyen
M.J. MacNguyen was born in 1962 in Saigon. She recalls the American presence in the city during her youth, and the Tet offensive in 1968. Her father, Nhi Nguyen, had a law degree, and was a Republic of Vietnam diplomat in Laos. As the situation in South Vietnam deteriorated, her family got diplomatic visas to Laos, and fled South Vietnam in early 1975. They traveled from Laos to Thailand and Guam, before finally ending up in Cleveland, Ohio. While attending the University of Maryland, she met her husband. In this interview, she talks about growing up in Vietnam, how her life changed as the situation deteriorated, and the role her father played in the government. She discusses fleeing Vietnam, and her adventures as she traveled from country to country. She reflects on the kindness of American Soldiers in the refugee camp on Guam. Finally, she describes her life in America, and being part of the Vietnamese community here.

Hugh Nguyen
Finding His American Father: An Amerasian’s Search For Understanding And Acceptance